Why I love Anthologies ~ by Terri A. Wilson 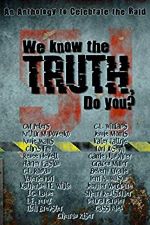 So why do I enjoy anthologies? I have worked on some that turn out the way they should have, and some have been awesome. WE KNOW THE TRUTH, DO YOU? was one of those anthologies that worked out fabulously. It came together in about six weeks.


Twenty-five authors came together to answer the question, “what’s inside Area 51?” No two stories are alike, and they cover many genres, so it’s not just aliens. We donated ALL proceeds to the Gary Sinise Foundation (I can say that now, though I need to let you know the foundation did not sponsor this and had nothing to do with it.) I made the first donation today. That felt good.

Here are the good things that came out of that project that you may not know:

1. Several of the authors were retired military and/or had family in the military.
2. Several of these authors had never worked together before.
3. Most of us panicked because we had no idea what to write about.
4. Our book hit #1 in several categories, including New Release, and stayed in the top 100 for almost a month.
5. Annie Walls of Oddly Inked Book Covers donated the cover.
6. This was Lori Joseph’s first published piece.
7. Several authors from this group will be at Space Coast Book Lovers this coming June.
Thank you to everyone who bought a copy of this book, read it through KU, and/or shared about it. 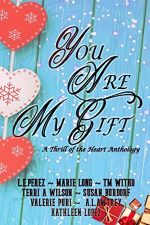 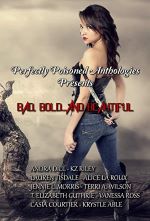 I have another anthology coming out for Christmas - YOU ARE MY GIFT.  And while you're on Amazon, please check out BAD, BOLD, AND BEAUTIFUL

If you are a newer author, anthologies can be a great way to gather new fans and network with other authors who will likely become great friends and resources. When I first started writing, I searched Facebook for anthology groups that centered on Anthos. I will tell you I have paid to be a part of an anthology, and that isn’t uncommon. The costs go for covers, editing, and marketing. However, none of the anthologies I paid for have made enough to pay back the entry fee. Be wary of paying anyone as I can also tell you, I’ve lost money. Not a lot, but I enough to be careful in the future.

Once you join an anthology, the most important thing you can do is turn in an edited story by the deadline. Deadlines are important and yes, I know sometimes stuff comes up. But don’t be that author. If you commit to something, do it, plain and simple. The next important part is marketing. Most anthologies do not have a huge marketing budget and rely on the authors to promote, promote, promote. Make sure you pull your weight. The power of group marketing is what helps most authors make USA Today Bestseller. It’s that important.

Don’t dismiss anthologies as a reader or an author. Enjoy the process and the product. You might be pleasantly surprised.