I hate math. I’m not normally so blunt about things, but I have to be honest. Me and the numbers … well, I guess we got along okay until about the fourth grade. That’s when I had Mrs. Drake for math. Talk about blunt. She told me I was hopeless at math, and that I probably shouldn’t bother. Kids listen a lot more than adults think they do, because I took her words to heart. I got it in my head that I wasn’t smart enough for multiplication and division, that fractions and lines of symmetry were too difficult for me to grasp. Math intimidated me, and the next eight years were long ones where numbers were concerned.


If basic math and I were unfriendly, Algebra and I were downright antagonistic. I had two teachers—both of whom were much more patient and less eager to give up on me than Mrs. Drake was—that tried to help me and numbers get along. That didn’t happen, but I did finally pass Algebra by the skin of my teeth—or more likely the understanding nature of my high school math instructor who could see that I was trying, but realized I’d need a big nudge to get over the finish line. I can tell you I didn’t earn that passing grade on my own.

Then there was geometry. Let’s just say my geometry teacher also served as the yearbook advisor. Our staff spent a lot of time together both in and outside of class, and he knew I had a lot of strengths. Geometry—math in general—was not one of them. I passed that class. Maybe he saw I was trying, too, I don’t know for sure. I think I blocked most of it from my memory because try as I might, I can’t recall but a handful of days in his classroom.

I wasn’t a total failure in school. There was English class, and I absolutely loved French. There was theater, which was filled with dialogue and show tunes. I was a shy but friendly kid, and even though my GPA was rather unimpressive, my social and verbal skills were off the charts.

I understood words. Whispers, shouts, endearments, reprimands … not all of them were pleasant. Some of them were incredibly painful, but at least I understood them. While numbers and I had nothing in common, I found an overwhelming comfort, a camaraderie with words.

I have never lived in a world of silence but one of words. From the time I was a very small child, I remember my mom reading books to me. Dr. Seuss’s ABC’s, The Cat in the Hat and wonderful Little Golden Books like The Monster at the End of This Book, Baby Dear and Day at the Zoo.


My grandmother, Mimi, had a lot of funny sayings. Words that made me laugh. She’d sing, “I love you, a bushel and a peck, a bushel and a peck and a hug around the neck.” When she’d brake at a stoplight, she’d drop her voice down low. “Stop in the name of the law!” When we’d leave her house, she’d say, “To market to market to buy a fat pig.” When we’d return, I heard, “Home again, home again, jiggity jig.” She’s been gone for several years now, but I can still hear her voice in my head reminiscing about something her father always told her. “After you, I come first.” When my children were born, I sang to them something Mimi always sang to me. “You are my sunshine, my only sunshine … you make me happy when skies are gray …” Some of them silly, all of them sweet, these words were woven into the fabric of my childhood.

My father was a musician, and in the corner of our dining room were stacks and stacks of albums. Words between the two of us were always difficult. I was shy and scared, he was boisterous and cruel, but I loved to hear him sing. My voice was loud when he performed, and I sang along to the songs I knew by heart. I would watch him put album after album on the turntable when we were at home, and the music formed a circle around us that nothing else could. It was a protective bubble, allowing us to connect through lyrics and poems set to music. When the music was playing, when Tom Petty, Paul McCartney, Elvis Presley or Freddie Mercury were singing the words they had written, all was right in our otherwise messed up world.

When I was seven, someone asked me what I wanted to be when I grew up. I didn’t have to think about it. My answer came quickly. I wanted to be a mom, and I wanted to write books. As I grew up, those remained my goals. I studied in college, and I wrote. I wrote a lot. I wrote more than I studied, to be honest. I began writing a novel, and my fingers flew on the keys until I had written pages and pages. When I was twenty-eight, I gave birth to my daughter, and nearly three and half years later, I had a son. I put my novel away, and I filled my children’s world with words.

I sang to them. “Ooh, sugar pie, honey bunch, you know that I love you …” We went to the library and filled bags with books, and then we’d stack them up on the bed at night and read four, five, six of them before the lights would go out. I read The Lion, the Witch and the Wardrobe to my daughter, then listened as she repeated the story, not missing a single scene, to patient and captivated grandparents. When the kids got old enough—and sometimes even now that one is a second-year college student, and the other is a junior in high school—they asked to hear me tell them stories about when they were little.

My love for words continued to grow. I became an editor for two magazines, and I wrote articles for both publications. I got to help shape the words of other writers, and I got to write my own. Eventually, the desire to write that novel started tugging at me. I went through and I studied all 600 pages that I had written. I started over, and I played with those words. I rearranged them, shooed some off, invited others to come and play, and in 2012, on December 18, I finally became what I said I wanted to be when I grew up. I was a mom who wrote books. 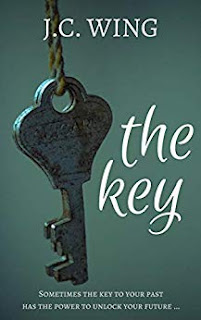 I still love words. More than three years ago, after the company I was editing for folded, I decided to start my own business. There were so many words out there, and I wanted to edit at least some of them. I’m a full-time author—I still write books—and I’m reading my authors’ stories. I feel incredibly fortunate. I can’t imagine another job that could suit me better.

Mrs. Drake might have been right about me and math all those years ago. Numbers have never really been my thing. I needed skills back then that I just didn’t have. She told me I’d need to be able to work problems out in my head, that I wouldn’t always have a calculator with me. Okay, so I guess she wasn’t right about everything. I’m better at words than I’ll ever be at math, but I’m pretty damn good with that calculator.