There was never any question in my mind I would write a paranormal story. I had an idea and it was a BIG idea. I needed time and experience to nurture the skill to create my Novus Pack Series. I’d made several attempts, deleted complete documents of thirty thousand or more words. Finally, I’d had enough. I needed to attack this project with an organized plan, instead of opening to a blank page and starting.
So I broke it down into Characters, World, Story, and Sex.

For me, Characters are always the easiest to plan. In this case, I needed names, descriptions, and motivations for my main characters. It sounds so easy until you realize there aren’t many hair colors, so I had to work harder at describing posture, fashion, and over-all presence. 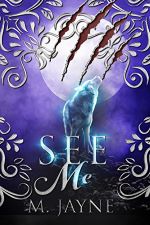 The name Raider Black came with the story idea. It is short and very masculine, perfect for the Pack Leader. He is the only black wolf in North America and his morals about making money are elastic. From his name, the reader might get a sense of the male they are about to meet on the page.

Issa is a professional guard. She appears to be in her late teens but she is hundreds of years old. She favors pastel hair and Hello Kitty tops. Her style is uber-girlie. From her appearance, you might deduce she is immature and perhaps not very deep. However, she uses her costuming as a ruse, she is incredibly talented with a knife and is ruthless in a fight.

Lorenzo is known as The Lore. When I was writing book one he was a character I added because I needed a confidant for my heroine. He became a bit of a sensation, the mass-murderer, loner, an urban legend…hence the name. He had been an outcast until he meets Theo. She treats him with respect because of his position within Lycan history, but over time she learns to trust him and treat him as a close friend and advisor. His overall demeanor changes and he begins to interact with others.

The World. In my early attempts at writing book one, I failed miserably in creating the Lycan world. I read books and took an online class to assist in world-building. I broke it down into three sections, The Goddess, the Lycan World, and The Marked. The Goddess doesn’t have a physical body, she has a voice and I think of her as energy. She also resides on her own Plane which is Earth-like, but enhanced. The Lycan world is somewhat established thanks to film and other books. I used some of those elements and added my own. They live in the current day amongst humans. My Lycans carry their wolves with them at all times after their first change. They must learn to master their wolf so they don’t turn feral. I chose that the change between forms was instantaneous after the first tries, which is attributed to The Lady’s magic. In my world, the Lycans have big appetites for physicality, food, and sex. Those scenes are bolder than what I write in my Contemporary series. I had to learn how to write physically violent scenes from the active and observer’s perspective. 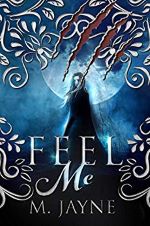 Creating the world of the Marked was fun. One of the positives I had always heard about writing fantasy is that you can make up your own rules. I found that to be true and to be false. The rules need to make sense and you have to remember them. Readers are smart and will call you out if you simply toss something in to make your writing easier. Theodora is a psychic and I needed to expand upon how her talent would work. Her visions make her sick to her stomach and at times she experiences seizures. It is very important to my story-telling that there are negatives to go along with the positives. Theodora has a gift but it is painful at times.

The book went through three rounds of editing. For the first read-through I asked my editor to address specific questions: Does it suck? Where do I end the story for book one (because that manuscript was 240,000 words)? What am I leaving out? I knew that it was weak in places, especially explanations and I needed guidance. In her notes she stressed that I needed to explore the magic. How it feels, tastes, smells, the effects. The story was strong but I needed help with the execution.

Creating The Novus Pack books has been a learning experience, exciting, exhilarating, gut-wrenching, and frustrating. I’ve learned so much about writing and my approach. I’m very thankful I allowed my talent to grow before I published. This world has allowed me to explore difficult topics like sexual assault, mental illness, and how our responsibilities and decisions affect many. My plan is to stay in this world for several years, there are stories to be told and more characters to create and my talent to grow.

Melanie Jayne/M. Jayne lives on a grain farm in Central Indiana with her patient husband and two mastiffs.