See. Smell. Hear. Taste. Touch. We all know the five senses, experience them in our everyday lives. But do you have them layered throughout your story? If so, do you have too many? Not enough? And did you know that one sense can trigger another?

Imagine walking into the grocery store and the first thing you notice is the aroma of fresh baked chocolate chip cookies. What happens next? Your mouth begins to water in anticipation of warm, gooey chocolate melting on your tongue. Your fingers can feel the texture of the cookie, the stickiness of the chocolate.


What about when you look at a painting? I have one depicting three Native Americans riding their ponies through the snow-packed woods. When I look at them, I can hear the quiet plodding of their horses hooves, feel the dampness of a bleak day and taste the cold on my lips.

When writing, the five senses are all necessary to the story. Readers want to relate to characters. Through description, they want to see what the characters see, hear what the characters hear. More importantly, they want to be smack-dab in the middle of the action. They want their hearts to melt at a tender moment and their stomach to clench when danger rears. Most importantly, they want the feel-good emotion of a happy ending to linger long after they’ve read the last words.

Sight is perhaps the easiest to put into words; bright blue eyes, hair the color of straw, over-sized furniture crowded into a dark room. Smell is also easy; chicken roasting in the oven, digging holes in fresh dirt, riding through a cow pasture. Each of these allows your reader to see what your character sees and get a whiff of his/her surroundings. And when you add sounds―the shrill whistle of a train, the whinny of a horse, the murmur of voices inside a dimly lit saloon―the reader is even more immersed in the scene.

Taste and touch are even better ways for a reader to relate to characters. I wrote a scene where the hero uncovers a plate of ham and grimaces. With those few words, it's clear he can't stomach the taste of ham. How about something he does like? His mouth watered at the aroma of apple pie wafting through the eatery. And what about things he touches? Soft hair, the coarse fibers of a rope, the prickly husk of a pineapple; the right adjective is sure to conjure a response in the reader's mind, maybe even in her fingertips.


There is another aspect to touch―what a character feels inwardly.  Whether relating to ‘matters of the heart’ or a shock to the system, it’s always best to show what the character feels rather than to tell it. Putting a word or a group of words in italics emphasizes emotion and internal thought, to include disbelief, sarcasm, surprise and fear. Using body language allows the reader to experience firsthand what the character is experiencing―a flutter in her heart, coldness pricking her spine, knees wobbling―and allows for a better connection to the character and the story. 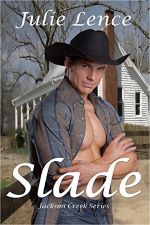 As you hone your skills, you'll find you can use one or two sentences to invoke a variety of senses. Ex: Jack walked into the crowded restaurant. His stomach grumbled at the delicious aroma of pumpkin pie wafting from the kitchen… and his heart skidded to a stop when his gaze settled on a familiar face seated at the back table. Or, beneath a hot sun, Jack crested the hill and reined in his mustang, dragged a gloved hand across his brow and stared long and hard at the neat farm house below. A woman stepped onto the porch and his pulse began to pound. Tall, with long, ebony hair curling around her waist, the last time their paths had crossed, she’d run him off her land from behind the barrel of a shotgun.


Be creative when layering the senses, but don't use the same descriptions throughout the story. And don't over-burden the reader with description. Good narrative and a few well-placed words and she’ll feel as though she’s right in the middle of the action.